The Cathedral Music staff bring professional and education experience that add depth and range to the Music program. 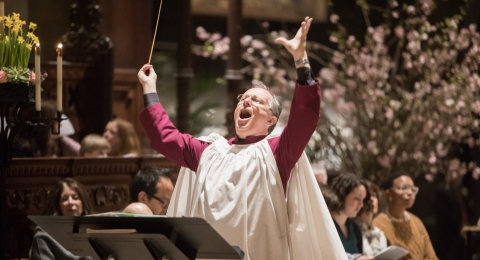 Kent Tritle is one of America’s leading choral conductors. Called “the brightest star in New York's choral music world” by The New York Times, he is Director of Cathedral Music and Organist at the Cathedral of St. John the Divine in New York City; Music Director of the Oratorio Society of New York, the acclaimed 200-voice volunteer chorus; and Music Director of Musica Sacra, New York’s longest continuously performing professional chorus.

Kent Tritle founded the Sacred Music in a Sacred Space concert series at New York’s Church of St. Ignatius Loyola, and led it from 1989 to 2011. From 1996 to 2004, he was Music Director of New York’s The Dessoff Choirs. Kent hosted “The Choral Mix with Kent Tritle,” a weekly program on New York’s WQXR, from 2010 to 2014. Kent Tritle’s discography includes recordings on the Telarc, AMDG, Epiphany, Gothic, Pro Organo, VAI and MSR Classics labels. 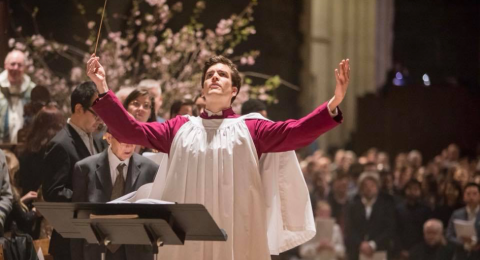 Bryan Zaros is a young American conductor recognized for his “strong musical imagination” and “deep sense of musicality and communication.” A native New Yorker, Bryan began his professional musical training as a member of the Metropolitan Opera Children’s Chorus and as a boy chorister and Assistant Choirmaster at The Church of the Transfiguration, NYC. He is the Music Director of the Pro Arte Chorale, an ensemble with a 55-year legacy specializing in the performance of choral/orchestral masterworks, a lecturer at the Manhattan School of Music and is active as a coach and clinician of ensembles in the USA and Europe.

Recent conducting engagements have included invitations with choirs and orchestras in England, Italy, Switzerland, Canada, Sweden, Argentina, Greece, Slovenia, Ireland and Romania. Most notably he has conducted performances at Alice Tully Hall-Lincoln Center, the American Choral Director’s Association Conferences and at the National Cathedral in Washington D.C. He is a recipient of several national grants and conducting awards including an American Prize award in Conducting.

Previously, Bryan served as the conductor of the Archdiocesan Choir and Orchestra at the Cathedral of Saint Joseph, Hartford, Connecticut; on the faculty at The Hartt School-University of Hartford and as the Director of Choral Activities at Avon Old Farms School, an exclusive all male boarding college preparatory school in Avon, Connecticut. He received a Bachelor of Music in Sacred Music from Westminster Choir College and a Master of Music in Conducting from the University of Michigan. He is currently a candidate for the Doctor of Musical Arts degree in Conducting at the Manhattan School of Music.

Bryan began his tenure as the Associate Choirmaster at the Cathedral of Saint John the Divine in August 2016 and made his conducting debut with the Cathedral’s Choirs leading them in performance at Westminster Abbey, London. For more information about Bryan, visit bryanzaros.com. 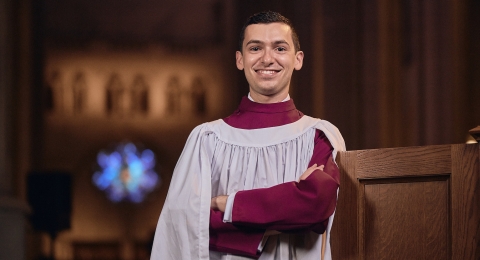 Named one of the top “20 under 30” organists by The Diapason magazine, Daniel Ficarri (b. 1996) is Associate Organist at the Cathedral of St. John the Divine, NYC and a published composer of organ, choral, and chamber music.

A dynamic concert artist, Daniel has made appearances in Carnegie Hall and Lincoln Center’s Alice Tully Hall under the batons of Marin Alsop, Itzhak Perlman, David Robertson, and James Gaffigan; and he has performed in many of the country’s great houses of worship, including St. Patrick’s Cathedral in NYC and Christ Cathedral in Garden Grove, CA. The New York Times has featured Ficarri in the “Week’s 8 Best Classical Music Moments,” and WQXR-FM presented him as part of the 2014 Bach Organ Marathon. Daniel studied the organ with Paul Jacobs at The Juilliard School, where he earned his bachelor’s and master’s degrees.

A composer of exceeding detail and imagination, Ficarri has been commissioned by organizations from the Madison Symphony Orchestra to the British magazine Choir & Organ. Much of his music is published by E. C. Schirmer and MorningStar, including multi-movement works for solo organ and unaccompanied choral motets. Daniel studies composition privately with Rachel Laurin. For more information about Daniel, visit danielficarri.com. 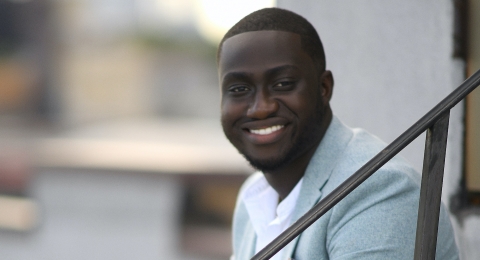 Samuel Kuffuor-Afriyie is a native of Brooklyn, NY and is currently an MBA candidate at Syracuse University. He earned his B.M in Organ performance and minor in Economics from Syracuse University in 2020, studying with Dr. Anne Laver. Over the last few years, he was the recipient of many scholarship awards such as, the Brooklyn chapter American Guild of Organist scholarship award and the Gregory R. Keefe Memorial Scholarship by the Syracuse Chapter of the American Guild of Organist. Samuel was also an E. Power Biggs Organ fellow through the Organ Historical Society.

Samuel’s Ghanaian heritage has led him to embark on two major projects in his career thus far. He was awarded a grant through Syracuse University’s THE SOURCE foundation to conduct research on Ghanaian traditional music to be later adapted as new compositions for the Organ. The project was presented in lecture presentation in May of 2020. Samuel is working to publish those works as an organ suite. In parallel, he also founded and coordinated The Accra Organ and Choral Music Institute, now known as the Rural Arts Foundation in August of 2019. This event was a weeklong encounter that brought together guest clinicians from the US to conduct workshops and masterclasses on Choral Conducting, Organ Playing and Voice.

Samuel serves as Organ Scholar at the Cathedral Church of St. John the Divine in New York City. He has held other various church positions at St. Leonard’s Anglican Church and Ghana Wesley United Methodist, both in Brooklyn. Grace Episcopal, and director of music for the Syracuse University Catholic Campus Ministry in Syracuse, NY. He wishes to inspire and mentor youth through his music, primarily in the field of the Arts, especially minorities. Samuel enjoys traveling and eating! 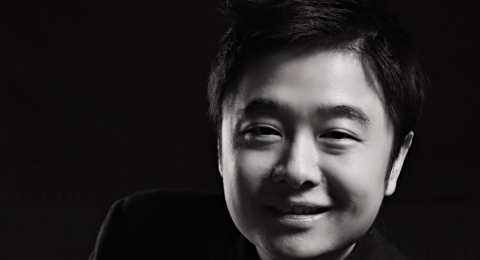 Jie Yi holds a Doctor of Music Arts degree in conducting from Manhattan School of Music, studying with Kent Tritle. He is the author of Chinese for Singers, the first comprehensive guide for Western singers to use in singing Chinese texts. Dr. Yi is a recipient of the Asian Culture Council Fellowship (2011) and the U.S. China Cultural Institute Fellowship for Young Conductors (2006). In China, he was Chorus Master and Assistant Conductor at the Shanghai Opera from 2008 to 2013.

Dr. Yi conducted Messe de Minuit by Charpentier, Musikalische Exequien by Schütz, and Missa O quam gloriosum by Victoria at the Cathedral in 2018 and 2019. He also conducted Handel’s coronation anthem Let Thy Hand Be Strengthened at Riverside Church in 2018. In 2017, he conducted Bach’s St. John Passion (excerpts) at the Oregon Bach Festival. In 2015, he made his Carnegie Hall debut conducting Xian Xinghai’s Yellow River Cantata with DCINY. In 2011, he participated in the Jarvi Summer Festival in Estonia. In France, Dr. Yi studied with John Nelson and was a semi-finalist of the Besançon International Competition for Young Conductors (2007).

As pianist and vocal coach, Dr. Yi performed at La Lingua della Lirica Festival in Italy (2015– 16) and performed Bellini’s opera I Capuletti e i Montecchi at Manhattan School of Music (2013).

For questions or information about the music program, please contact [email protected].