This Day in History: Plague Mass

On October 12 & 13, 1990, Diamanda Galas performed the first of two shows of the Plague Mass live at the Cathedral. The 70-minute long work drew attention to and mourned the physical suffering caused by AIDS and was later released as a full album that you can still purchase online. 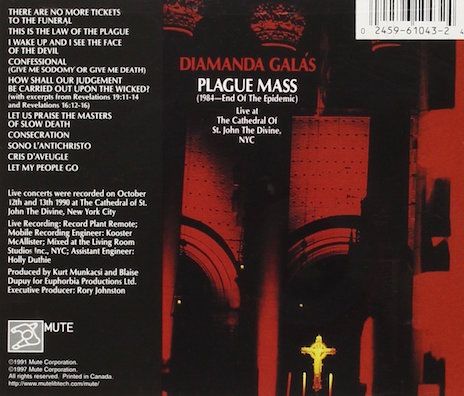 Is there ANY possibility of the video being made available online? The few copies that exist are grossly overpriced.

This Day in History