Museum from Home: Drink of Me Fondly Welcome to our final food blog of the year! Previously we have brought you donuts, pancakes, candy, and pie from around the world. The Chapels of the Tongues here at the Cathedral are each dedicated to a different cultural group that was immigrating to New York around the time the Cathedral was being built. And a big part of the American melting pot is the food that comes in from various cultures. We will try not to get too hiccup-and-giggly by the end of this one, because we invite you to explore the Chapels of the Tongues with us but this time in a decidedly more liquid fashion – Festive Holiday Drinks!

It’s technically not a chapel, but our baptistry at the Cathedral is a beautiful architectural gem. It’s dedicated to Dutch speaking people, and our first festive beverage, hailing from the Netherlands, is actually a bit more like a thick yellow custard - advocaat. Many of us are used to eggnog this time of year (David makes his homemade and, trust us, it is delicious), and advocaat is fairly similar. Three simple ingredients (eggs, sugar, and brandy) make up this drink whose name translates to “lawyer”. A 19th century Dutch dictionary attributes this name to the throat lubricating effects of this drink which would be especially useful for someone whose profession is contingent on speaking sweetly and smoothly. If you want to step things up, you can make a perfectly seasonal drink called a Snowball by mixing advocaat with carbonated lemonade and lime juice. This cocktail is a result of the export of advocaat and is technically British, but they will get their own section later.

The Chapel of St. Ansgar is dedicated to the patron saint of Scandinavian peoples, which include those from Denmark, Norway, and Sweden. Gløgg is a drink found throughout Northern Europe, and is essentially mulled wine, though the mulling spices and seasonings vary depending on which Nordic region you’re in. Traditional gløgg is made from port, a very sweet aperitif wine, mixed with aquavit, vodka, or cognac. For those that do not partake in alcohol, you can substitute wine with a mix of fruit juices like those from currant, grapes, or other berries (yes, grapes are technically berries!) to keep that ABV down but keep that festive burgundy color. 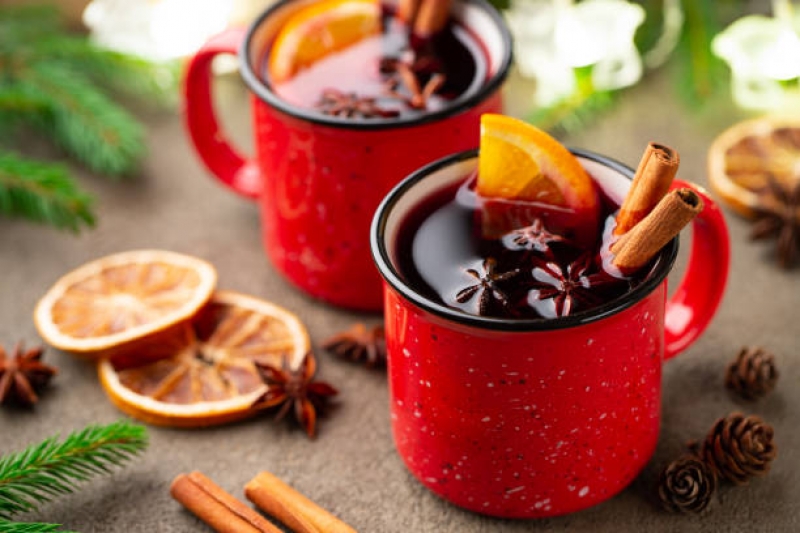 The Chapel of St. Boniface, dedicated to a Germanic saint, brings us to another variation on mulled wine, Glühwein. A favorite at German outdoor Christmas markets, this mulled wine is spiced with star anise, cloves, and orange peels. Mulling spices are usually bundled in a small sachet or infuser and then immersed, but there are mulled wines that use dried fruits and even blanched nuts that are frequently left floating in the wine to be enjoyed once the mug is otherwise empty. Kinderpunsch is a similarly spiced but non-alcoholic variety. For those of us who do imbibe, Feuerzangenbowle or “fire tongs punch” provides a sweet use of mulled wine where a rum-soaked sugarloaf (piece of sugar) is set on fire and dipped in the Glühwein as a Christmas and New Years’ tradition.

The Chapel of St. Columba is dedicated to people from the British Isles, and for the holiday season we look to spiced cider or wassail. Earlier versions from the middle ages were made of mead, but apple cider is the go-to these days. This drink is connected to a tradition called wassailing that has both an older and more contemporary take. In cider-producing areas of England, wassailing once referred to singing to trees in orchards to promote a good harvest. Nowadays, wassailing looks a lot like caroling where people go door-to-door instead of tree-to-tree. Some wassailers in the 19th century were quite demanding and expected food and drink in exchange for their music and moving on to the next home, otherwise they wouldn't stop wassailing until their hunger and thirst were quenched! “We Wish You a Merry Christmas” is a traditional wassailing song. It starts sweet, but the second and third (seldom sung) verses, are a bit more demanding, with “Now bring us some figgy pudding” and “We won’t go until we get some!”

The Chapel of St. Saviour is connected to the history and people of Eastern Europe. An absolutely delicious and naturally non-alcoholic drink popular at any time of the year is called kompot (not to be confused with compote, a dessert of fruit in syrup). From Russia to Bulgaria to Cyprus, versions both hot and cold are created by cooking down a medley of fruits. Strawberries, peaches, plums, and cherries are common and often give this drink a bright red hue. Ashley here: a mom of a childhood friend of mine used to make this in the summer and the not-too-sweet and fruity drink still holds a special place in my heart, next to the little hot dogs she used to cut up to look like octopus nestled on cheesy pasta…but that is for another blog. Vanilla or cinnamon is a common addition to hot varieties of kompot served during the winter. Uzvar from Ukraine is similar but incorporates dried fruits and spices to create a warming winter punch, good for everyone in the family.

The Chapel of St. Martin, dedicated to Martin of Tours, patron saint of France, inspires us to ring in the New Year with soupe de champagne. We know, you came here to learn about festive drinks and we are telling you about something literally called Champagne Soup. Contrary to the name, this is not a soup but a tart punch made from champagne, lemon juice, Cointreau, and sugar syrup. It is very important that the mixture sit in the fridge for 24 hours (we think… all of the recipe websites were in French) before serving. 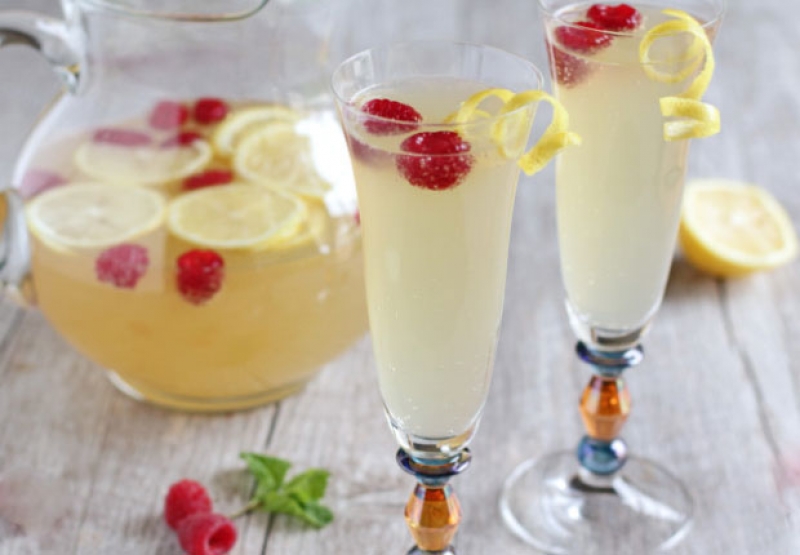 In the Chapel of St. Ambrose, the Italian chapel, we will be serving two quintessentially Italian beverages: coffee and wine. One festive Italian drink is caffe corretto, translated literally to “correct coffee.” Interesting that they should refer to this in particular as the “correct” way to make coffee, as there are three popular variations. Caffe corretto is espresso served with liqueur. The three variations are caffe corretto alla grappa, caffe corretto al cognac, and caffe corretto alla sambuca, the kind David’s grandmother would enjoy, Christmas or not. Grappa is a slightly bitter aperitif made from the pulp leftover after grapes have been squeezed for wine. And Sambuca is an anise flavored liqueur that David’s grandmother would somehow always convince the waiters to leave at the table while she sipped her demitasse. In the wine column, we have the third mulled wine of the season. Vin brule, an Italian mulled wine with an inexplicably French name, uses mostly the same spices as others varieties, but is frequently mixed with either orange juice or brandy, though you could certainly use both!

The final chapel is the Chapel of St. James, dedicated to immigrants from Spain and Spanish speaking countries. Which leaves us with one more festive drink until we fall into a sugar coma until 2021. We started the blog with an eggnog-type drink, and we will close out with one as well. David taking over here for a moment. We mentioned earlier that I make eggnog from scratch every year. My godfather is Puerto Rican and he makes coquito from scratch every year. Coquito is sort of like Puerto Rican eggnog, made with sweetened condensed milk, cream of coconut, and dark rum spiced with cinnamon and nutmeg. And most years we would sneak away from my parents’ holiday party to swap sips of our homemade concoctions. While we will not get to do that this year, just as many families will not get to celebrate the way they usually do, we will raise a glass of our favorite beverage to our holiday traditions going back to normal (or something like it) next year. 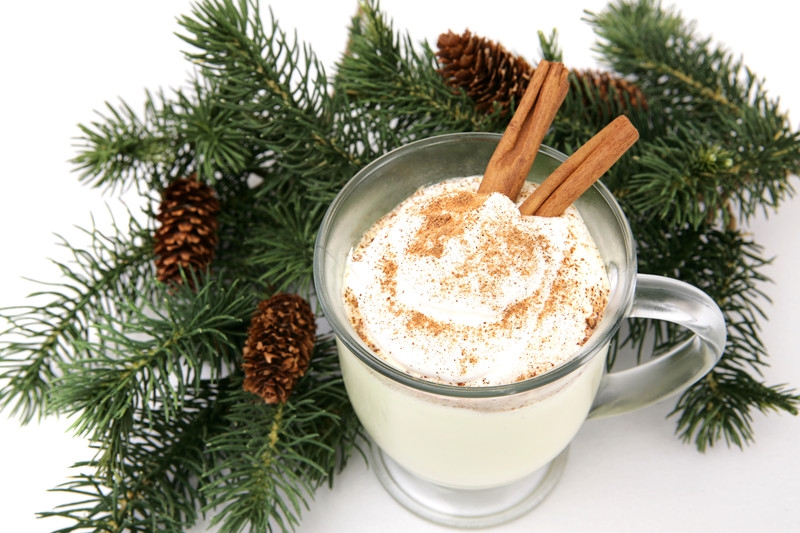