The Textile Conservation Laboratory at the Cathedral takes in a range of projects from museums, galleries and private collectors across the country. In this post, we hear from one client on why he chose the Textile Lab and from Lab conservators about why they are excited about this project.

In 2017, Scott Hedley achieved a life-long goal by acquiring a dress worn by Judy Garland. He had been a fan of Garland’s ever since he was a boy and watched The Wizard of Oz over and over with his grandmother. Through the years, Scott has acquired many items from films Judy Garland was in, but never an object she had worn herself.

He did not set out to bid on the ivory dress from Easter Parade (1948), but after getting caught up in the auction before he knew it, he was the proud owner of his first garment worn by Judy Garland herself.

When the item arrived, though, the excitement was tempered by the poor condition of the dress. 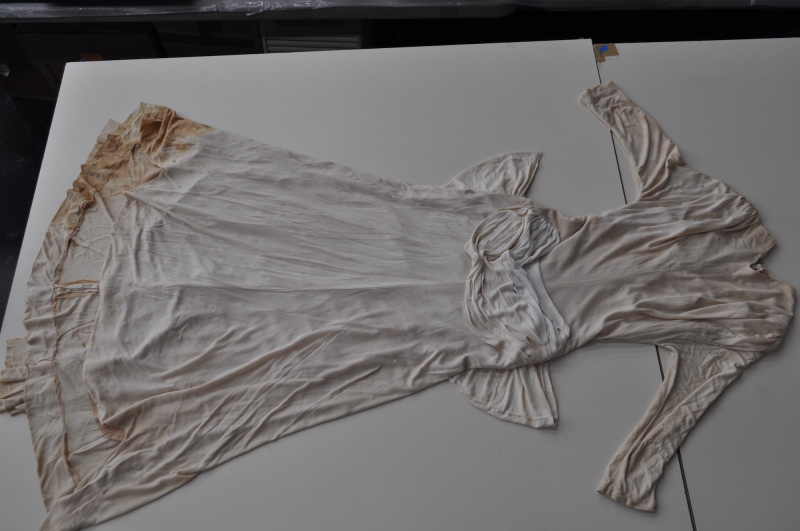 The Easter Parade dress examined in the Lab. 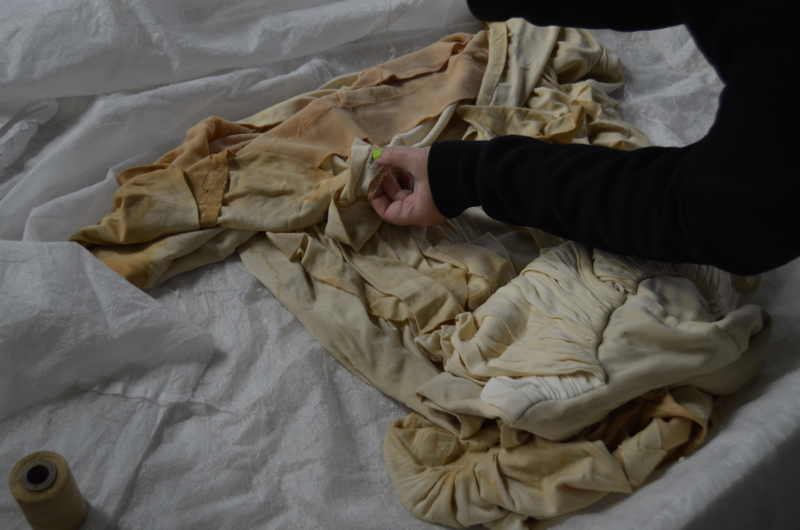 Scott describes the condition of the dress.

Knowing the dress needed to be conserved, Scott originally reached out to the Metropolitan Museum of Art’s Costume Institute who connected him to the Textile Conservation Laboratory at the Cathedral. After an initial meeting with Director Marlene Eidelheit and conservator Jamie Casbon, Scott knew he was in good hands.

Scott on the thought processes when choosing a conservator.

For conservators at the Textile Conservation Lab, every object is unique and has its own story that they respect and take responsibility for.

Marlene and Jamie got to work on a detailed condition report and proposal for treatment that tried to take into account all that Scott wanted. After detailed testing and inspection, they recognized the dress had deep staining and was weakend by wear on the shoulders, likely from being hung for many years. While Scott had hoped to display the dress on an upright mannequin when the conservation was complete, the Lab recommended a more passive approach that would not add any stress to the shoulders. 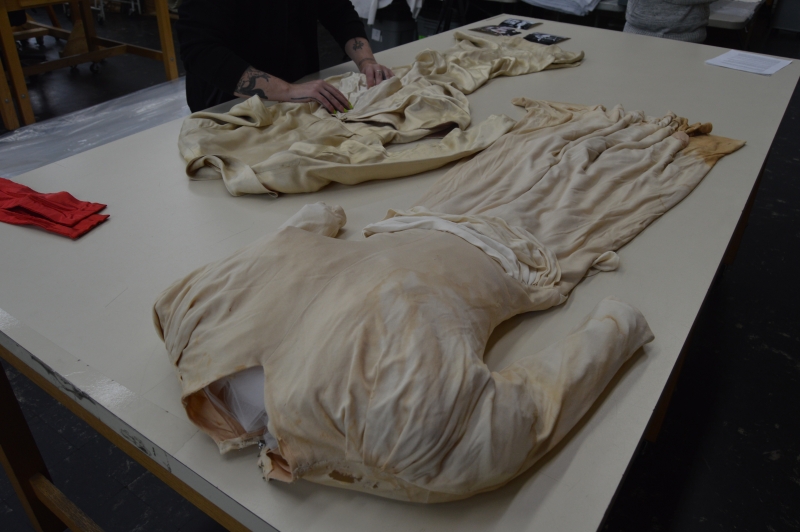 Scott comes to terms with the condition of the dress.

Scott heard the recommendations from the Lab and trusted that their plan was a good one. Because Scott, Marlene, and Jamie all had the same goal—to preserve the integrity of the piece—their relationship became a collaboration to determine what was best for the object.

Director Marlene Eidelheit explains about how every item is unique. 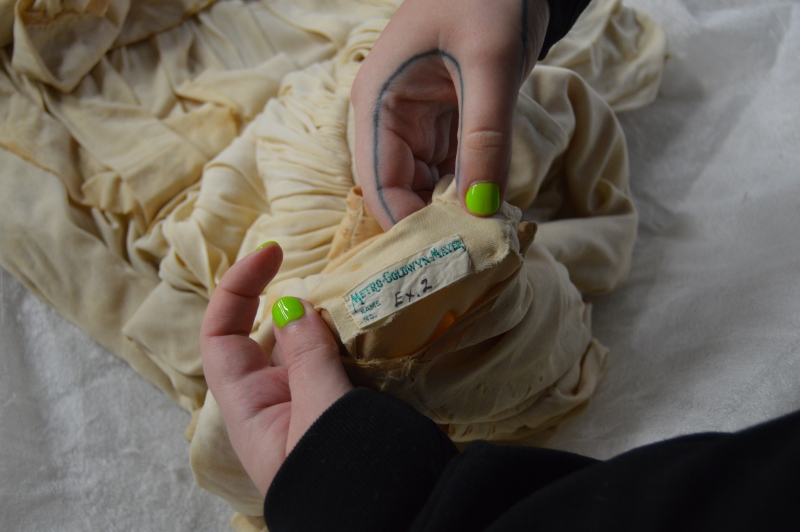