There are many creatures that call the Cathedral Close home, including a pair of Red-tailed Hawks who return to the Cathedral every summer to nest. In early June, a few weeks after other notable Red-tailed Hawk duos in Central Park and Tompkins Square Park, our pair hatched three babies. The adolescent hawks, now in a period of development called fledgling, are in the processes of learning to hunt on their own in order to eventually leave the safe confines of the Close. Once they fly off, these hawks won't return to the Close but we'll see their parents next summer as the process begins again. 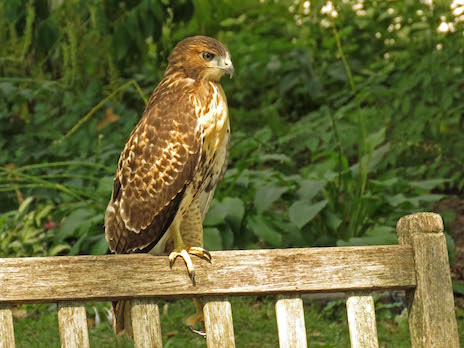 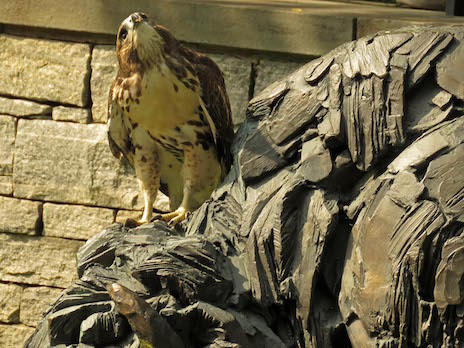 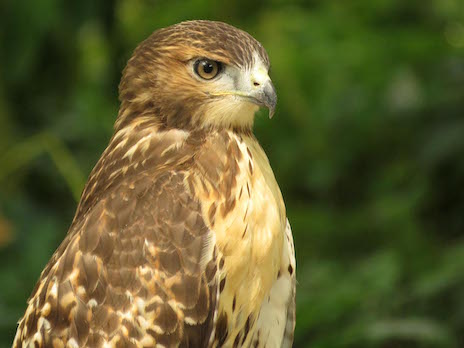 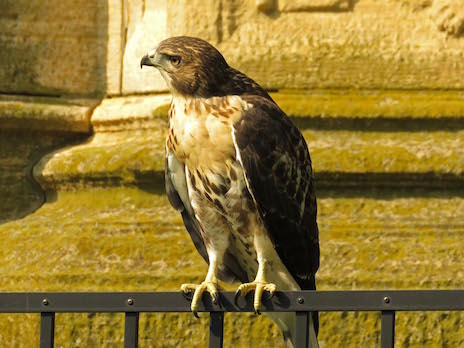