How to Find Raphael’s Sistine Chapel Tapestries in America Last week, the Vatican marked the 500th anniversary of Italian Renaissance artist Raphael’s death by hanging the full set of tapestries he designed for the Sistine Chapel in situ for the first time in more than 400 years. Appreciators of art and religion flocked to the site to get a glimpse of the masterpieces that are usually displayed behind conservation glass, but did you know that a set of tapestries based on Raphael’s same original cartoons, or designs, also exists at the Cathedral? 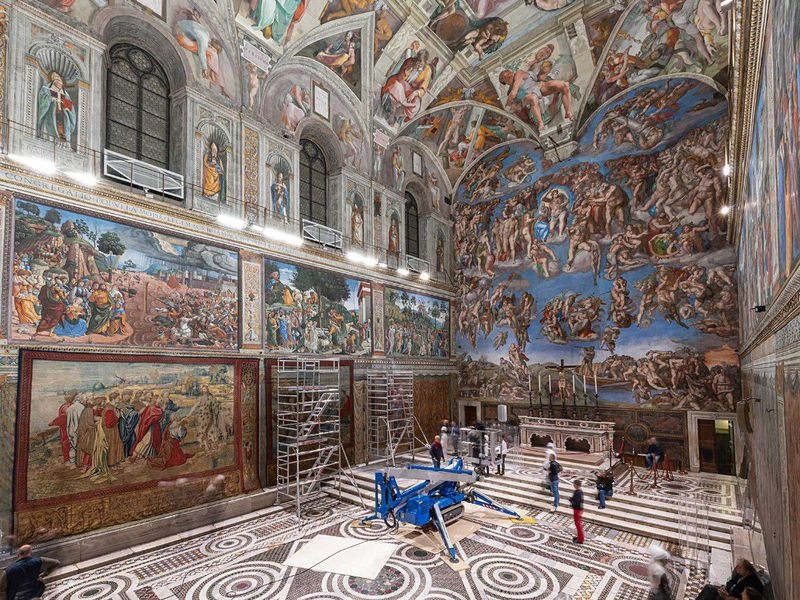 The Vatican’s set of The Acts of the Apostles, which depict scenes from the lives of St. Peter and St. Paul, was woven between 1515 – 1521 after they were commissioned by Pope Leo X. Three of the ten cartoons were lost very early on, but the remaining seven were purchased by England's Prince of Wales, who became King Charles I, and the Mortlake Tapestry Manufactory in London immediately began to weave copies of the Raphael cartoons. In the 1690s, Daniel Finch, the 2nd Earl of Nottingham and 7th Earl of Winchilsea, commissioned a set with specific dimensions for his home that eventually made its way to the Cathedral. The set of nine tapestries—one of the original seven was woven in two pieces and a companion to another was added—is one of 55 complete or partial sets woven from the original cartoons known to exist.

The Cathedral’s other set of 17th tapestries also has ties to the Vatican. The Life of Christ series was woven at the Barberini Manufactory in Italy, run by Francisco Barberini, the nephew of Pope Urban VIII who he appointed a cardinal. The last set of tapestries produced by the workshop, The Life of Urban VIII, depict scenes from Francisco’s uncle’s time as pope and hang in the Vatican Museums today. 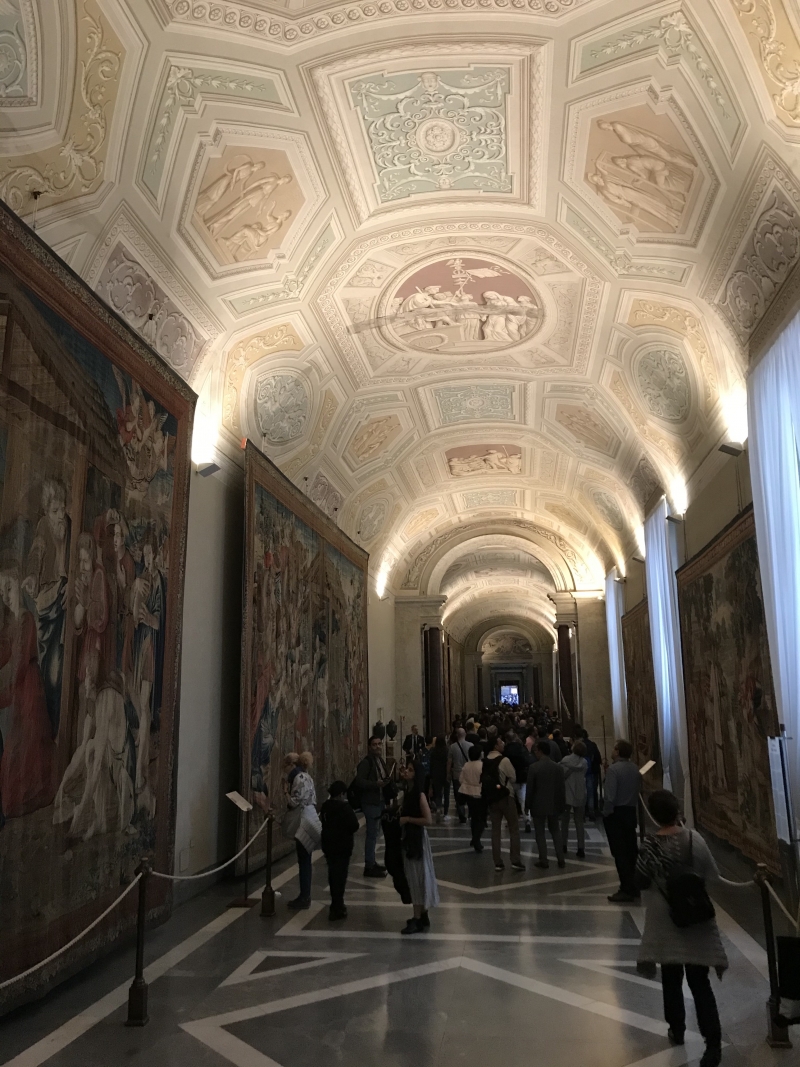 The Life of Pope Urban VII on display at the Vatican Museums.

In 2017, the Cathedral’s Life of Christ tapestries hung as a set at eye level for the first time in the exhibition The Barberini Tapestries: Woven Monuments of Baroque Rome after years of conversation by the Textile Conservation Lab. The Lab cares for The Acts of the Apostles and is currently raising funds to complete a full conservation on the set. The natural state of a tapestry—to hang—also creates wear due to gravity’s forces, which is why the original set is so rarely seen in situ.