In addition to the AIDS banner, another piece the Textile Conservation Lab has taken in after the Cathedral's Palm Sunday fire is Frederick Franck’s Banner of Humankind. The Lab was quite familiar with the banner, having cleaned it after the fire in the Cathedral in 2001. Most recently, the banner was re-hung as a part of the exhibition Value of Sanctuary: Building a House Without Walls.

The Lab’s initial report describes the banner: Five foot-wide strips, made of two layers of nylon fabric, hang down in a circle with a narrower strip hanging in the center. The strips are black, white, yellow, red and brown. The internal strip is green. The five outer strips are connected to a copper ring, which is connected by wire to a smaller copper right above for hanging. The white banner is inscribed on the lower edge in black ink with “C Copyright Frederick S. Franck, Pacem in Terris 1987.”

Franck explains the rainbow strips represent the human race, uniting at the top but “free to blow in the wind according to its own nature. The banner is tubular, so there is no first no last! No one is on top, no one at the bottom.” The two layers were meant to symbolize what he saw as the two sides of gender. “Each stripe is double: Male/female. For: To be human, or not to be, that’s the question!”

When the Lab first worked on the banner after the 2001 fire, it arrived covered in dust, soot, and debris with greasy dark brown specks sprinkled throughout. In order to clean, remove soiling and improve the overall texture and appearance for future reinstallation, the Lab dry cleaned (using dry sponges to remove the surface layer of soiling), vacuumed (with a soft brush on the lowest possible setting), wet cleaned (being sure to keep the hanging system dry), dried, and then stored until the Cathedral was ready to hang again. 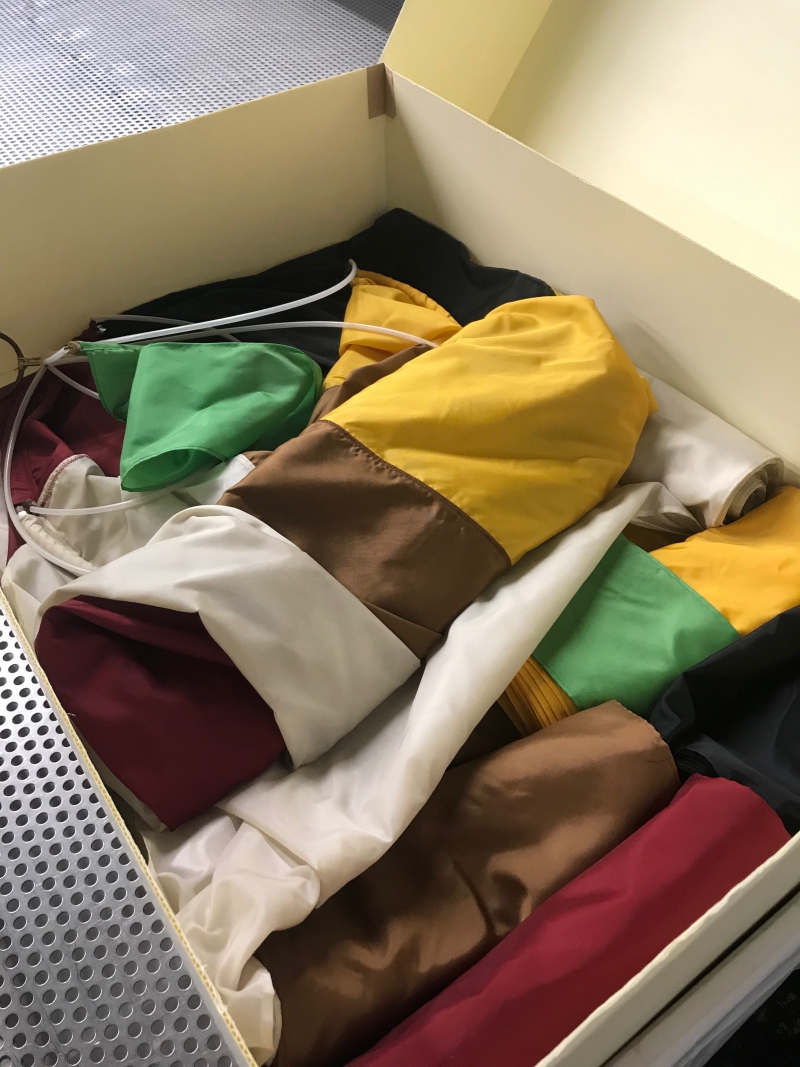 Before it was hung in the Value of Sanctuary, a conservator reviewed the condition of the banner. It was clear that the hanging system had begun corroding and in one place had become unattached. Conservators also tested the fabric and determined it was appropriate to again wet clean the banner. This time, however, the banner was removed from the hanging apparatus and, in order to maintain the original piece as much as possible while also protecting it from future wear, a thin plastic sleeve was constructed to encase the corroded portion. 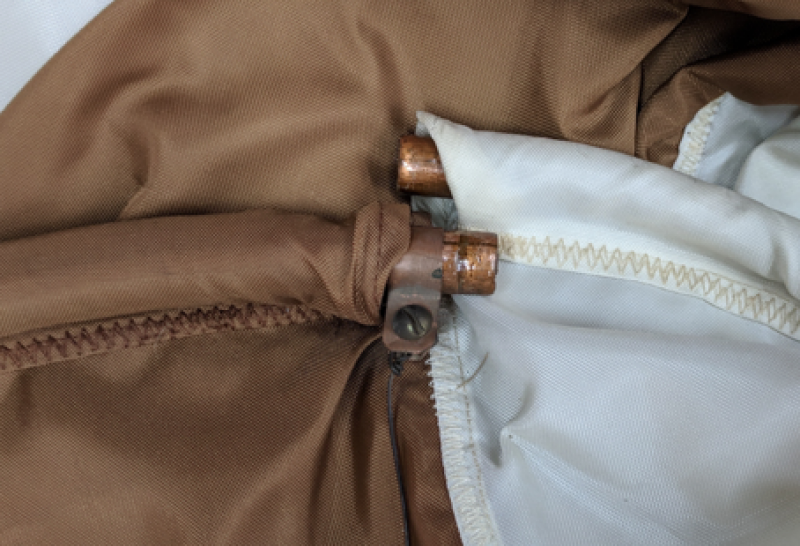 The banner returned again to the Lab recently when it was removed after April’s fire. Since it had been so well attended to before the fire, testing showed that minimal handling was required before rolling for storage. We cannot wait to see the Banner of Humankind once again hanging in the Cathedral and are so thankful for the Textile Conservation Lab and conservators Bari Falese, Zoe Hasselbring and Jamie Casbon who, under the direction of Marlene Eidelheit, have worked on the banner over the years.