While the Cathedral is undergoing a massive cleaning this summer, all of the objects that were in the Cathedral during April’s fire are also being cleaned. Luckily for us, the Cathedral houses the Textile Conservation Lab, one of the world’s premiere conservation labs. 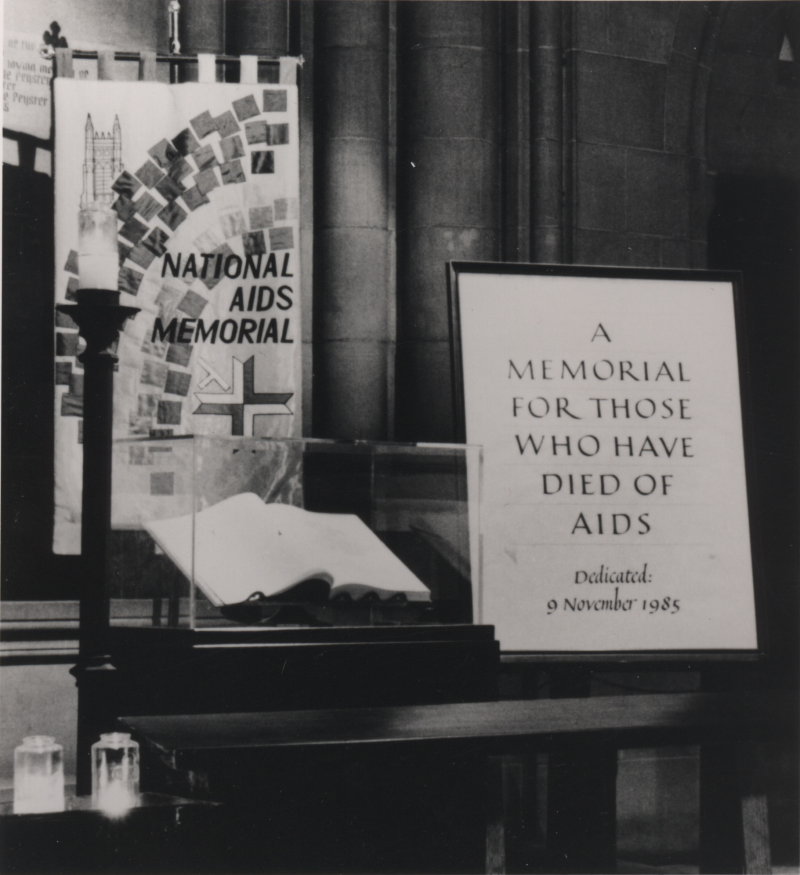 One of the projects the Lab has taken on is the AIDS Memorial banner. The Cathedral’s AIDS Memorial, located in the Medical Bay, has contained a book of remembrance, where the names of people who have died from complications of AIDS are inscribed, and the accompanying banner since it was dedicated in 1985. 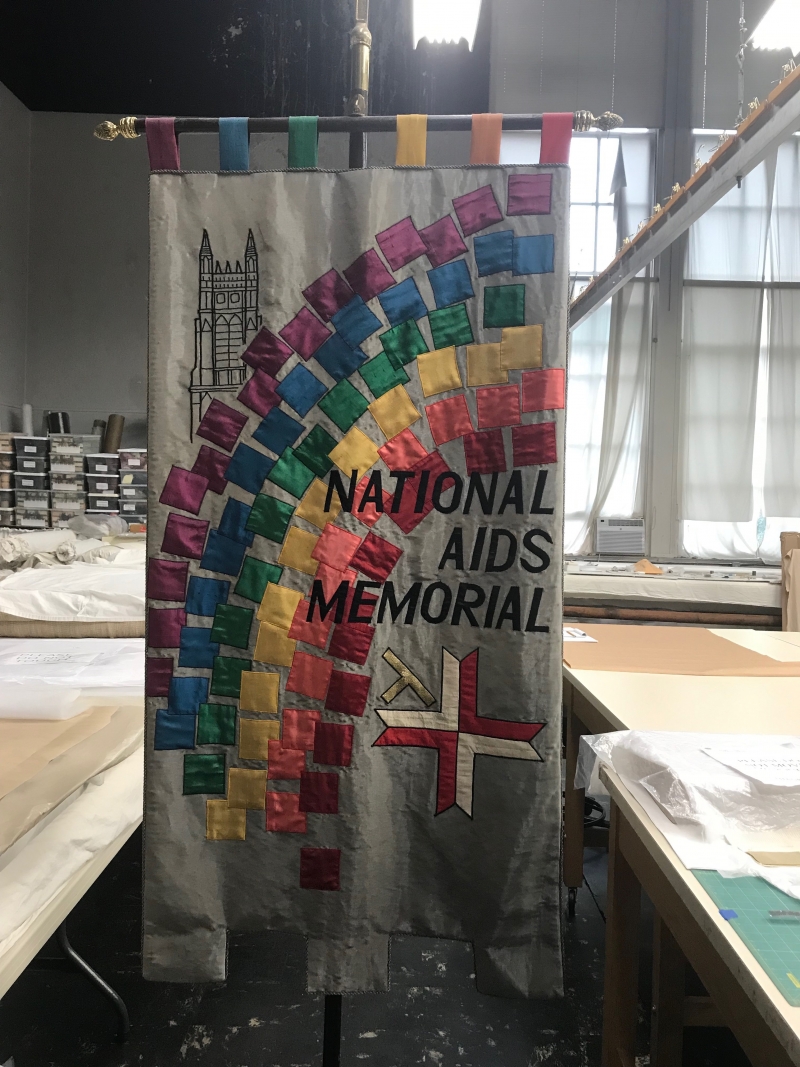 The front of the banner contains an outline of a Cathedral tower as well as a rainbow and the Greek lowercase lambda, both early symbols associated with the gay community. The back of the banner, lesser seen, also contains the lambda, in addition to the windmill imagery take from the seal of the Episcopal Diocese of New York and the candles that appear on the Cathedral’s crest. 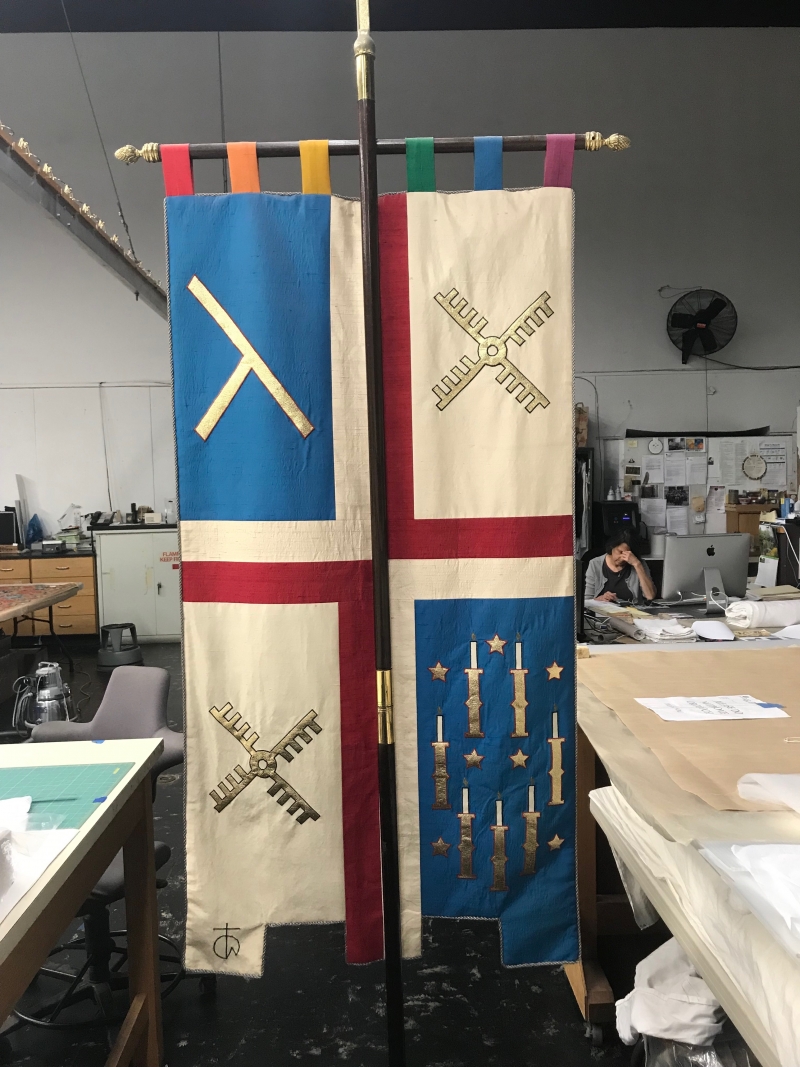 In the wake of the most recent fire, the Lab has taken in the banner. Testing shows that it will respond well to vacuuming to remove any accumulated dust. Conservators found no other issues from smoke or wear. After cleaning, it will be stored in an archivally appropriate box until it can be reinstalled in the Cathedral.

It would be a good idea, we think, to consult with the co-creator of the AIDS Banner, Victor Challenor, who, with the late Reverend Paul Woodrum, designed many liturgical pieces using a variety of fabrics, including silk. He would know the best way of taking care of the banner.